Provence Tablecloths
Colourful tablecloths direct from Provence for your table 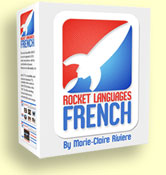 The French language is spoken by 130 million people around the world. The language is the native tongue in countries like France, Switzerland, Haiti, and parts of Canada. And many Americans in the states of Louisiana and Maine are native French speakers. French is also an official language of many organizations including the International Olympic Committee and the United Nations. If you are interested in learning a second language, either for professional reasons or just for personal enrichment, consider French. Long considered one of the most beautiful spoken languages, French is a language that implies class and distinction. Learning the French language will be an asset in your career, and will enhance your experience if you travel to French-speaking nations.

If you intend to learn the French language, you have several options from which to choose. You can attend a college or University and earn your degree in French. Earning a college degree in French will provide you with a sound expertise of formal French, both written and conversationally. With a college degree in French, you will most likely be fluent in the language. If you are already established professionally, and feel that learning French would be an advantage to you career, you can also enroll in accelerated courses in the French language online, which will offer you the opportunity to gain knowledge of a very basic foundation in the language. Learning the language in this manner will be a relatively quick and highly convenient way to learn a second language. There are many online colleges and learning centers that provide accelerated programs in French, as well as many other languages.

Of course, if you have the time and the means, another option is to learn the French language through an immersion program. In this manner, you will not only learn the French language, but you will also experience French culture. Learning French in France, where the language has its origins, you will plunge yourself into the life and culture, and you will learn the language quickly and with surprising ease. You will learn the conversational and idiomatic styles of the language. You will interact on a daily basis with people who are native speakers of French, and who won’t necessarily be willing or able to communicate in English. Therefore, you will be compelled to try to communicate with them in their own tongue. You will be absorbed into the everyday life of France. You will grow to understand and appreciate the French culture: the art, the architecture, the food, and the people. You will attend courses in which you will learn how to read and write in French as well. Learning the French language through immersion is an ideal way to go.

Being fluent in more than one language has many advantages professionally. If you are fluent in the French language, you can be certified as a foreign language translator for example. This is a challenging career opportunity that offers you many options. You can work full-time for a foreign language translation firm, translating important business documents or web pages for global corporations. Or you can do freelance translation work, making your own workload, and setting your own schedule. Another career opportunity is to teach English to students in French speaking countries. By knowing English and French, you will be able to live and work in one of many countries whose native tongue is the French language.

Learning to speak, read, and write the French language gives you the potential to further develop you career by working abroad, or to embark on a new career as a translator. Learning French will enhance your travels as well. Learning the French language is an intellectually and personally enriching achievement that will open your eyes to a new culture.

John is a director of numerous Internet companies and is a published author. Many articles have been produced on a variety of subjects with excellent content and depth. All his articles may be reproduced provided that an active link is included to http://www.foreign-languages-school.com

By listening to genuine French people speaking, you not only get to learn the basics of the language but  pick up an authentic accent, as well as enhancing your ability to listen and understand the French language.
Location jetski Frejus